It’s December and that means only one thing – Christmas is around the corner! woohoo! To celebrate the festive season here are 24 of the best Christmas vacation destinations you should consider visiting. Go here for Part 1.

Sydney is one of the main cities in Australia and Christmas in Sydney is a big event. The streets are always lit up, the highlight being the Martin Place Christmas tree.?The air is filled with Christmas music and a free family concert in Hyde Park. There are actually street choirs singing carols during the festivity.?Your kids will love the fireworks in the city. Ensure you are in Australia by November 26 to experience the full pre-Christmas package or head down around Christmas time and stay until the spectacular New Year?s Eve Fireworks!

Check out hotel availability if you planning on visiting Sydney. Also, grab flight deals while you at it too.

Dubai over the years has become a top Christmas Vacation Destinations. As it is one of the most religiously-inclusive cities in this part of the world, Dubai as a city effectively captures the Christmas spirit sans the snow.?There are expats from around the world in Dubai, and a sizable percentage celebrate Christmas. After the national holidays, this is one festival that is big in this city. Across the city, you will find Christmas markets, malls decorated in the Christmas lights and colors. Santa can be spotted in most malls or at his grotto, waiting to take his photo with the next crying kid!

Check out hotel availability if you planning on visiting Dubai. Also, grab flight deals while you at it too

You might also like to read our Top 10 Things to do in Dubai this winter. Pssst! It’s more than 10!

The Soviets banned Christmas along with religion and repurposed certain Christmas traditions for 31st December. They also changed the calendar, and that meant that New Year falls before Orthodox Christmas. As a result, New Year is the biggest celebration of the year in Russia but it doesn’t mean you won’t experience the Christmas Spirit. The Orthodox Christmas takes place from 1st to the 7th of January, which means you can celebrate Christmas twice if you plan your trip right.

Check out hotel availability if you planning on visiting Moscow. Also, grab flight deals while you at it too

This Alsatian city is called the ?Capital of Christmas? for a reason. Strasbourg is home to Europe?s first Christmas market, a tradition that began in 1570 in the Cathedral Square. Now each year, this holiday destination comes alive with storytelling, caroling and live performances, and over 300 market stalls light up the city, wafting the festive smells of spices and cinnamon.

Check out hotel availability if you planning on visiting Strasbourg. Also, grab flight deals while you at it too.

Believe it or not, Christmas has only been an official holiday in Scotland since 1958 and it wasn?t until the 1980?s that it was widely publicly celebrated. The increased influence is likely due to a lessening of influence by the Church of Scotland, the influence of popular Christmas customs from countries like Germany, England, Ireland, and the United States, and the demonstrated economic benefits of Christmas markets and celebrations.

There are a lot of ways to enjoy the holidays in Edinburgh and there are loads of special Christmas events throughout the city. Head to the official Edinburgh?s Christmas website?to see what events are scheduled during your visit. The official events this year are being held from?November 16th, 2018 to January 5th, 2019.

Check out hotel availability if you planning on visiting Edinburgh. Also, grab flight deals while you at it too

Halfway through the 24 Best Christmas Vacation Destinations is the Holy City. If you would like to experience a more religious Christmas experience, spending your Christmas Vacation in Rome and the Vatican City would meet that criteria. Join thousands of others to remember where it all began at the Midnight Mass with the Pope?on Christmas Eve at the Basilica of St. Peters.

If you missed the pope during the midnight mass, catch him on Christmas Day for his annual speech. This is held at the Balcony of St Peters at noon. On top of that, there are plenty of things to do in Rome at Christmas. From the?Christmas markets?to the?Christmas Day Tour there is something here for everyone.

Check out hotel availability if you planning on visiting Vatican City. Also, grab flight deals while you at it too.

Bratislava deserves a special mention in our list of the best places for a white Christmas in Europe. Here, in fact, you won?t have any problem finding lots of lots of ice and snow!?If you go to Bratislava during the Christmas holidays, beware: it might be even too cold for your likings! Yet this city has a magical feel when it?s covered in snow and ice, all lit up with the Christmas lights and decorations. In front of the town hall, there?s always a huge Christmas tree and some of the biggest hotels also have awesome trees or wintery scenes to decorate the hall.

Check out hotel availability if you planning on visiting Bratislava. Also, grab flight deals while you at it too.

Is it me, or Christmas just looks one kinda amazing against the Wintery European backdrop? Christmas in Cologne, Germany is no exception. Cologne just explodes with amazing Yuletide vibes in December with many amazing Christmas Markets. Cathedral Christmas Market tends to be the most popular with close to 4 million visitors flocking into the market during the Christmas season. On top of that, watch the nativity scenes at more than 100 locations around Cologne.

Check out hotel availability if you planning on visiting Cologne. Also, grab flight deals while you at it too.

P.S. – As someone who spent close to 20 years working in insurance, I strongly recommend buying travel insurance if you are going on holiday. It costs a fraction of your holiday but covers the potential risk of the entire holiday. 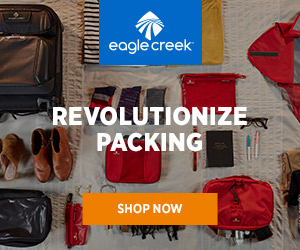